Georgia, A beautiful country in Eastern Europe!I had many eyebrows raised when I said we are vacationing at Georgia! Many thought we were going to America.
Georgia, a country at the intersection of Europe and Asia, is a former Soviet republic that’s home to Caucasus Mountain villages and Black Sea beaches. It’s famous for Vardzia, a sprawling cave monastery dating to the 12th century, and the ancient wine-growing region Kakheti. The capital, Tbilisi, is known for the diverse architecture and mazelike, cobblestone streets of its old town. Georgia’s neighbouring countries are Russia in north and Turkey, Armenia, and Azerbaijan. ( This information is courtesy Wikipedia)

So why Georgia? Well the first reason being it was a less explored place, that meant, new people, new culture and new food!

First thing that I did when we decided to go to Georgia was to check if any of my friends or acquaintances have been there and I realised none of them had yet been there. So that meant I was suppose to do my own homework with out any help.

Air BNB super hosts are the best in such situations. We had a very good experience with our air BNB host last year in Rome, so we decided to follow the same this year in an unknown land of Tbilisi (capital of Georgia).

We looked up a few places and finalised one. Nino our host was extraordinarily warm and helpful.Nino organised a car pick up for us from the airport, the driver was given all instructions, as I had wanted to book my train tickets from the Tbilisi to Batumi ( the land of black sea). After booking the train tickets we reached Nino’s place were she was waiting for us.Nino’s place is a huge 2bedroom apartment with nice running kitchen, washing machine and all amenities. All for 50 USD per day. 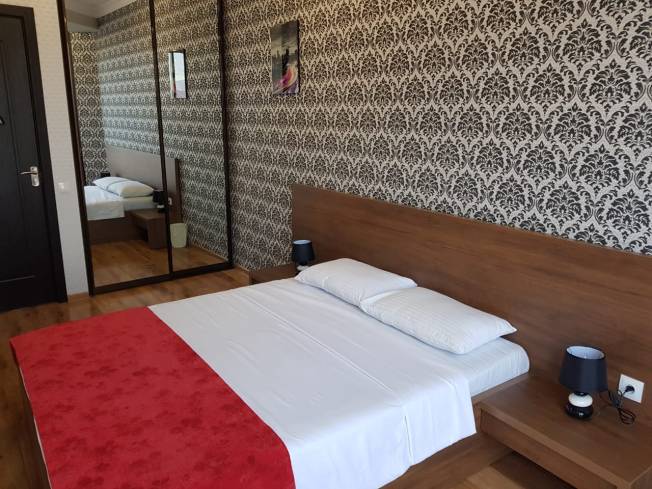 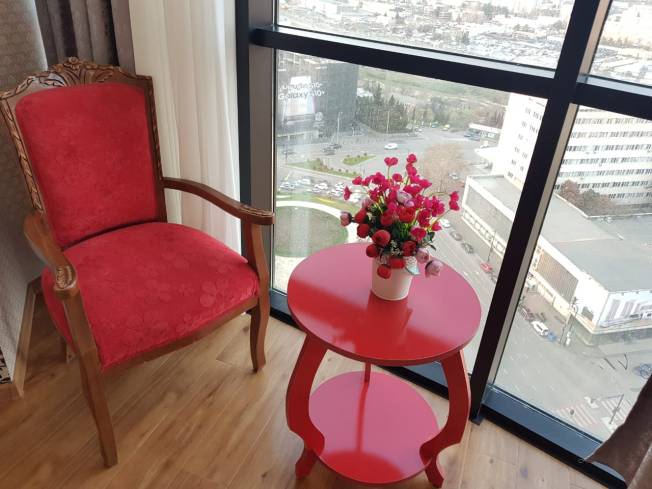 We stepped out in the evening for a walk and some food. Language might be a challenge, but having travelled 18 odd countries we overcame that challenge very soon. We walked around the place had some mind blowing shaurma and fresh bread and settled for the evening. It started raining and got very cold in the night. The best time to travel to Georgia is between may and October. August to October being peak tourism season. 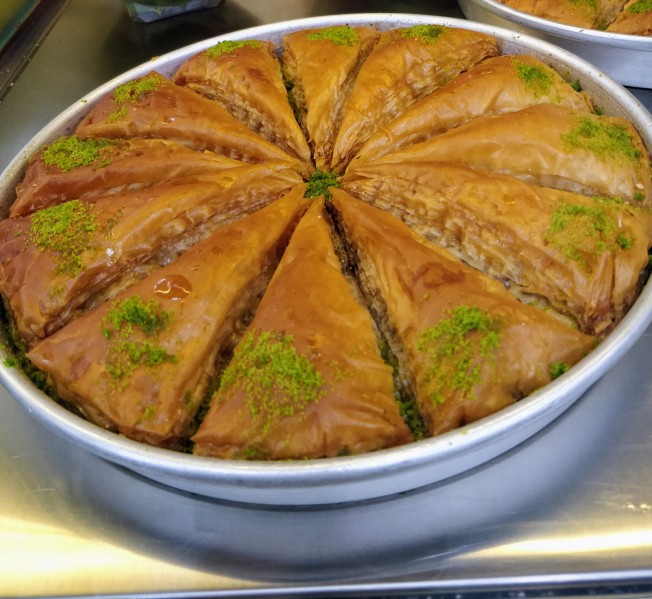 Breakfast was a very interactive session at Samikitno. People working at the restaurant who were more than happy to explain about their traditional food to us. We had chicken kachapuri, pork with potatoes and omlette along with Georgian bread and tea. I was lucky to have allowed to visit their kitchen. 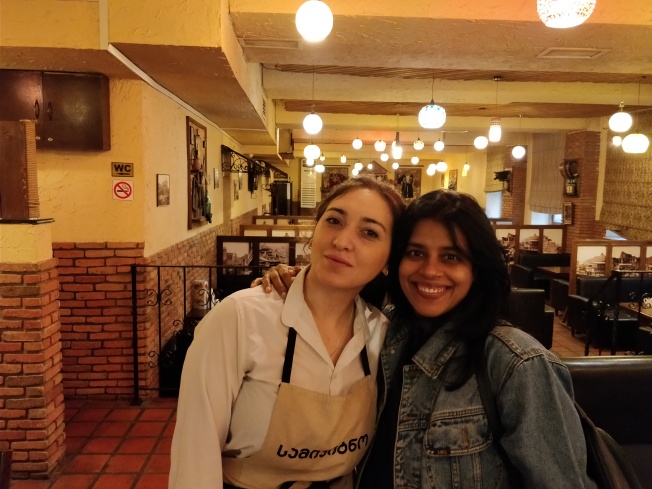 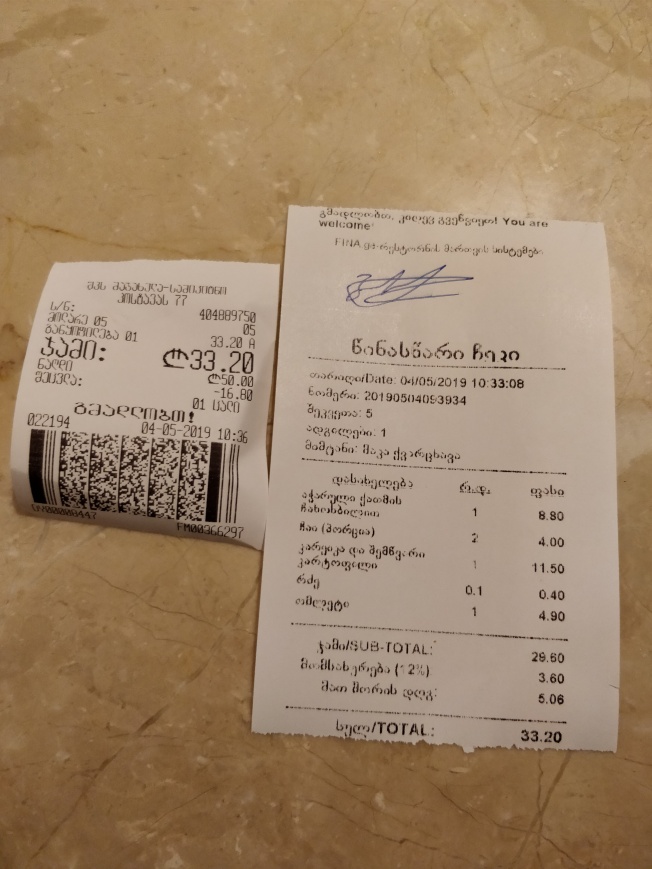 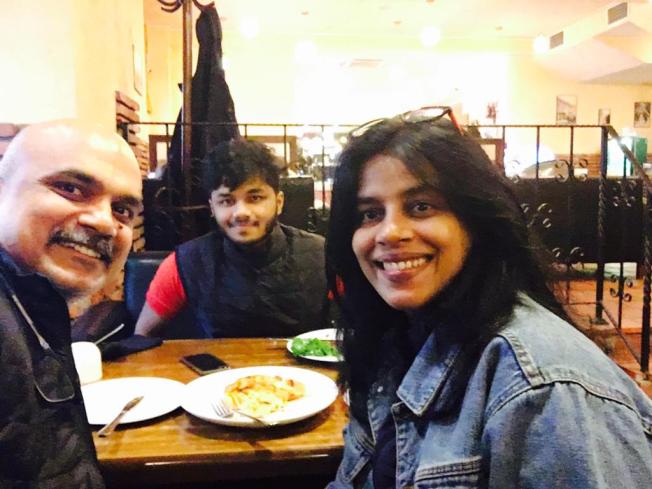 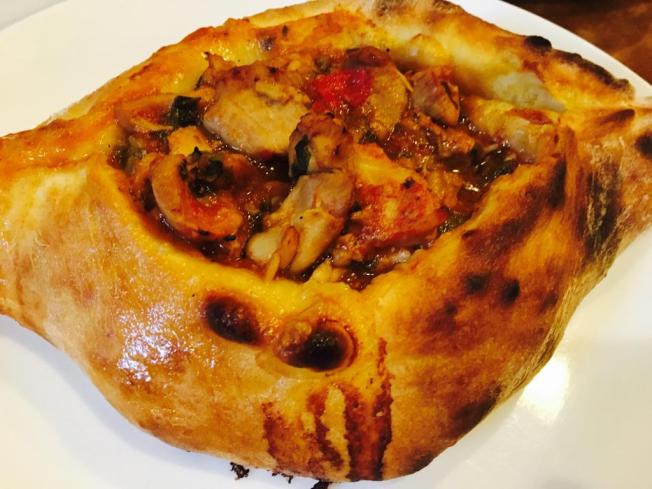 We decided to take a hop on hop off to mtsketa the old capital of Georgia. The castle here has a cathedral were it is believed that the cross was installed first in the 4th century, this is when Christianity began in Georgia. It was a beautiful rainy afternoon and the view was breath taking looking down on the two rivers meet Mtkvari and Aragvi, one was blue water and another was brown. We had a authentic lunch after the mtsketa trip khinkali, meat soup, kebabs and chops. 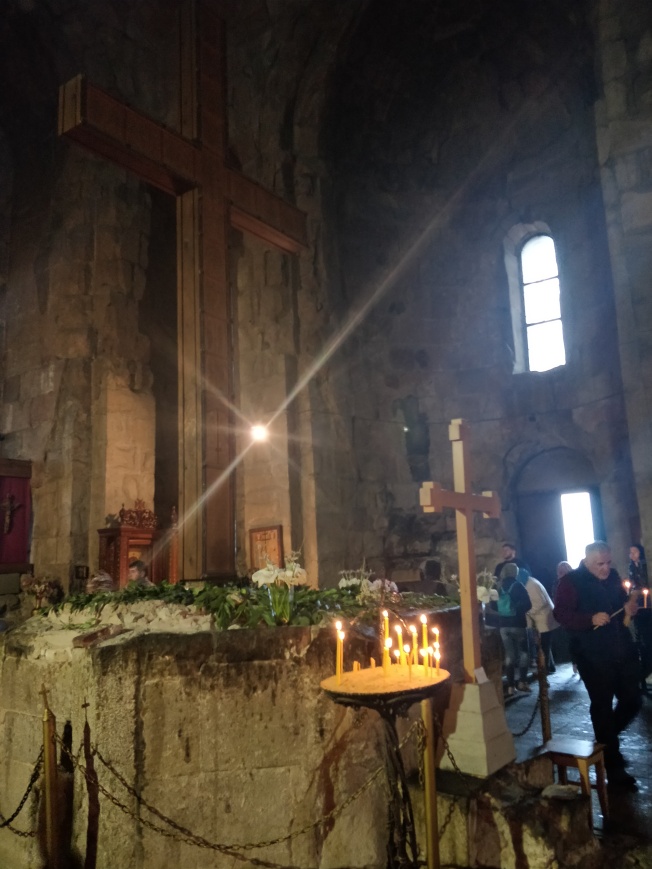 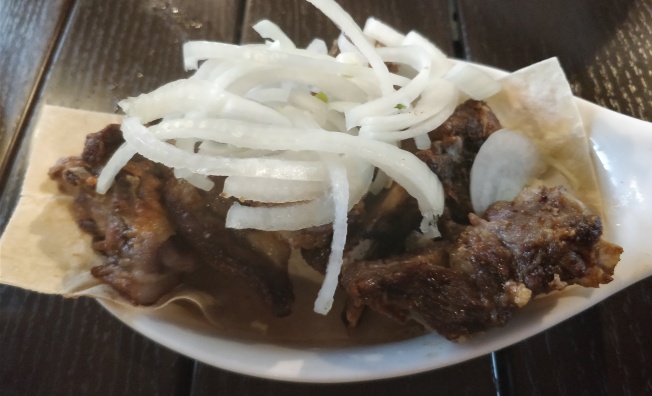 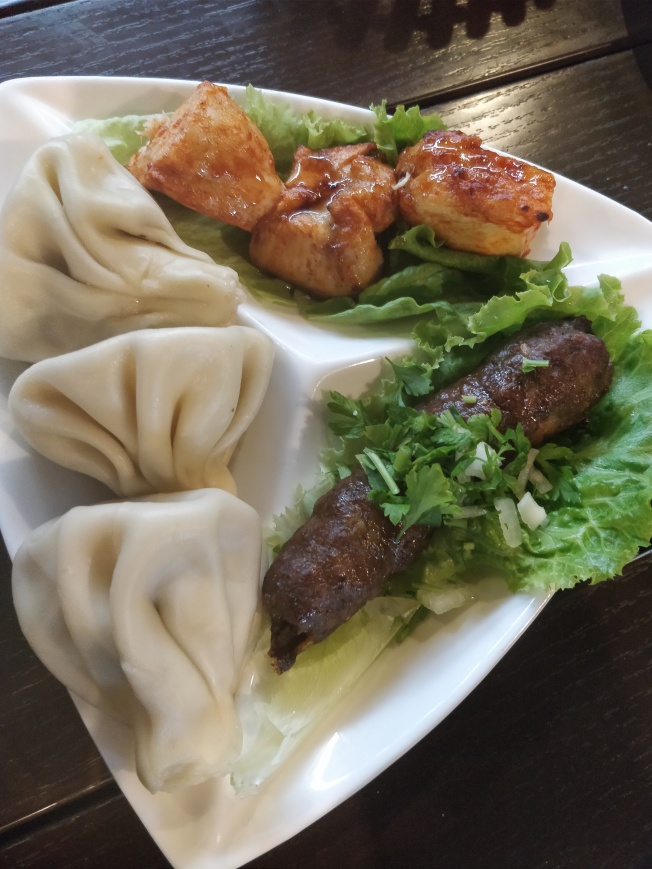 Batumi the place of black sea in the Georgian region was our next morning destination. We took a train from Tbilisi to Batumi a 5 hours train was comfortable and smooth and we reached Batumi at 1pm. I had done a small homework on things to do in Batumi. One of the things that excited me was the visit to the fish market. This one is special, since you get to buy fish of your choice and you can get it cooked in the nearby restaurant and that’s what we exactly did! We found a good driver cum guide with a good car who was more than happy to be a part of our exciting stay at Batumi. He accompanied us to the fish market told us about the local fish and helped us by seabass, prawns and a variety of small local black sea fish. We went to the nearby restaurant called black sea hotel grilled the seabass and fried the prawns and small fish. 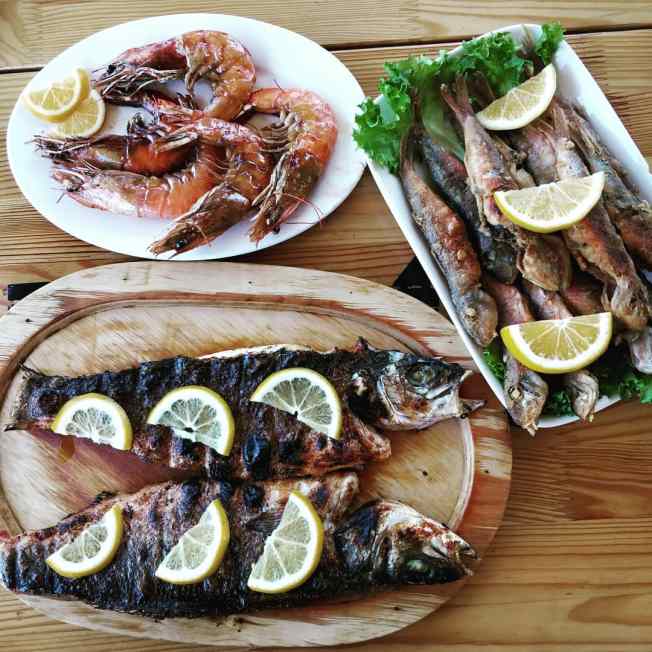 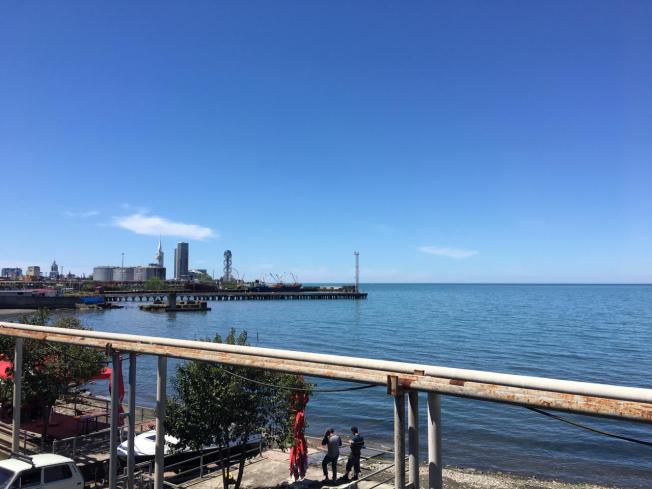 After the sumptuous lunch we were dropped at our hotel, Sheraton Batumi. I must say that this property is excellent with the black sea view and some very good facilities with seaview rooftop restaurant called the Skybar 360, a cool pool, spa and Sauna.

When in Batumi we frequented the Batumi Boulevard everyday. We had dinner at the diaquiri family restaurant, this one had a wonderful sunset view along with some yummy local food. 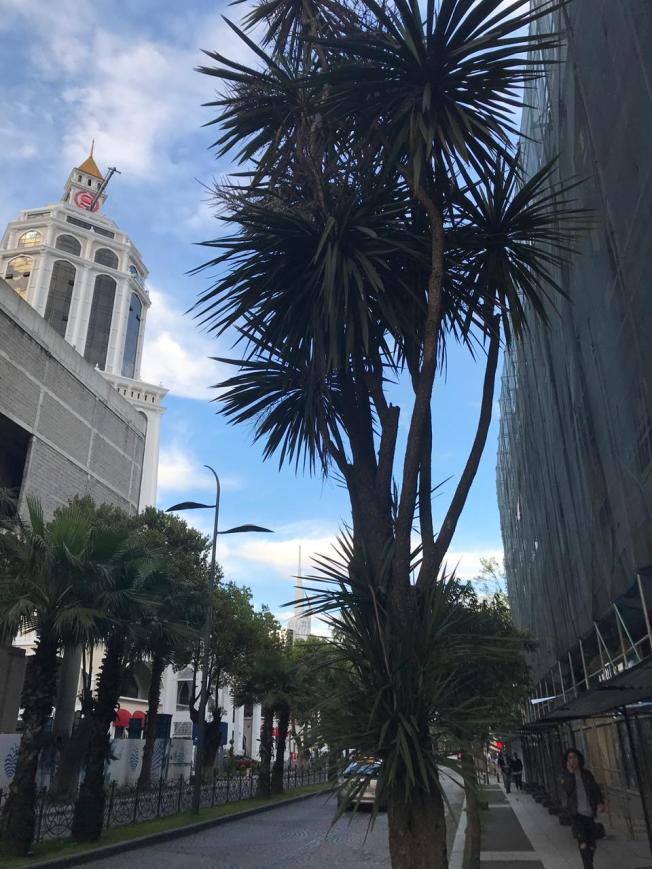 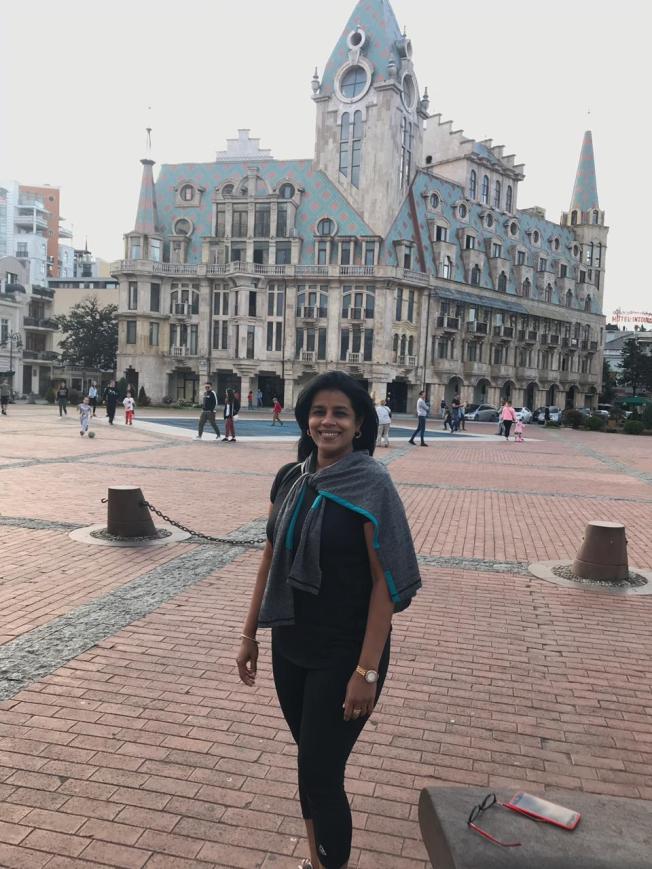 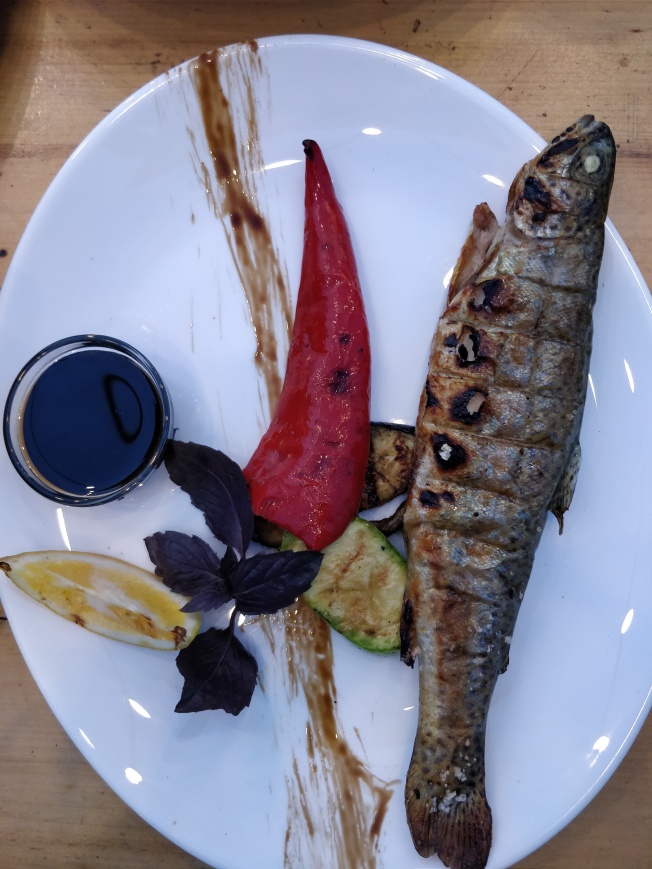 We hired our driver for one full day for 150 lari and he pretty much showed us everything in and around Batumi. The ajaara falls, vineyards, wine cellar, museum that showcased Batumi history and the border of Turkey, along with the most authentic lunch at an unnamed restaurant. 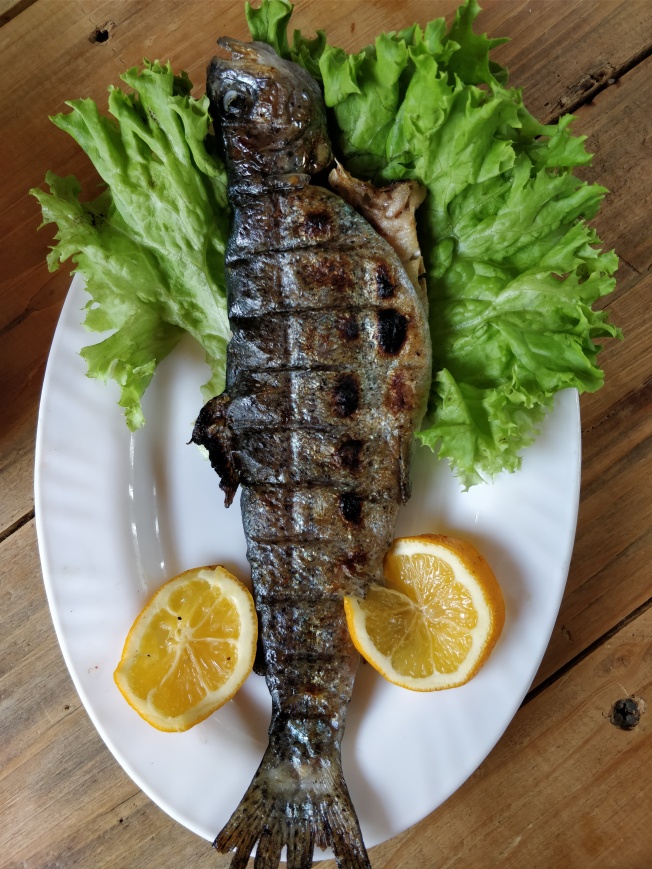 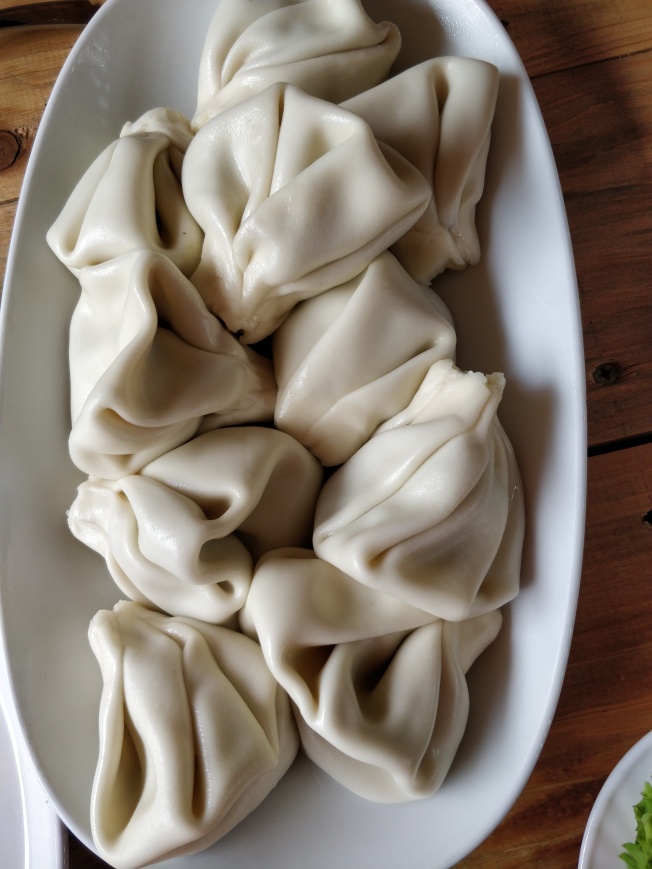 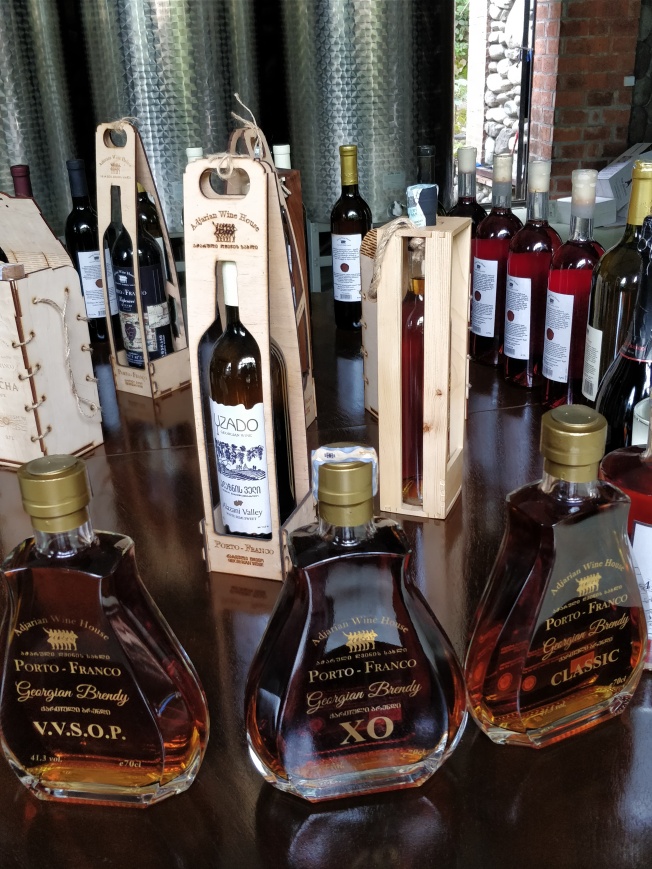 Batumi is relaxed quaint town and places do not open early. We went in search of breakfast next morning, since most of the places were closed we kept walking till we found coffetopia at Batumi. Kachapuri, sandwich and spaghetti bolognese was the order of the morning with some filter coffee. 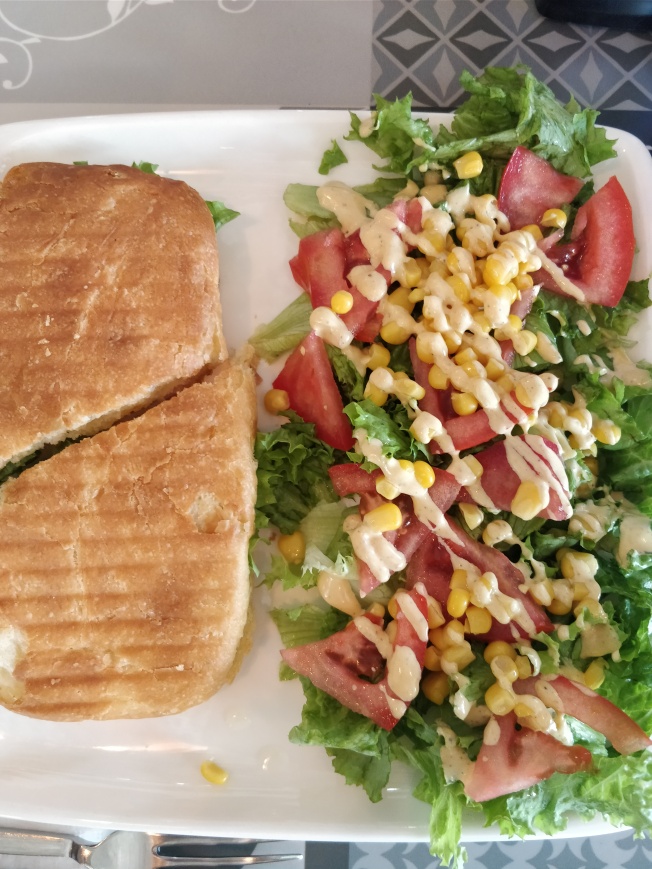 We decided to Just laze around the boulevard and spend some more time at the hotel on our day of departure only with the dolphin show at the dolphinarium.

We left Batumi by the same train around 6pm. Reaching us to Tbilisi at 11pm.We were famished when we reached Tbilisi, but not worried. Tbilisi is a city that has an awesome night life and most of the restaurants are open till 2am. There is a food street very close to Nino’s apartment and we walked there at midnight to watch the Barca and Liverpool football and have some mind blowing dinner, well I could call it breakfast too! 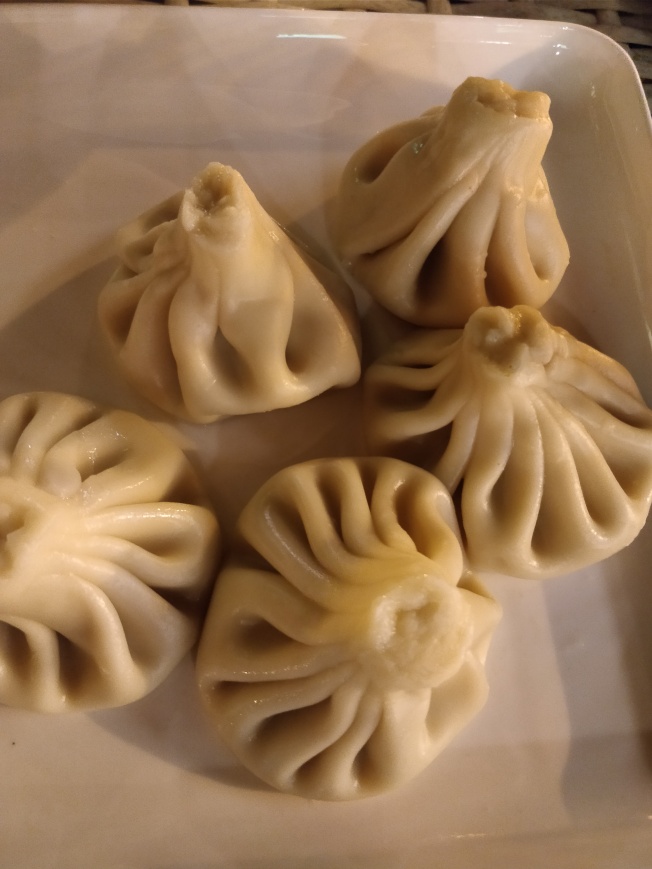 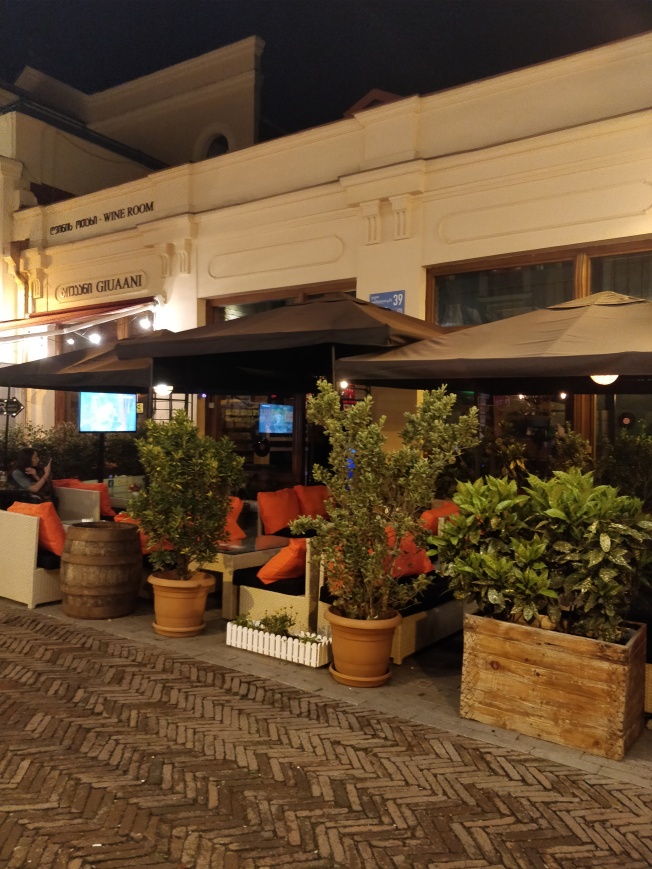 Next day in the morning we decided to do the city tour with our trip to one of the biggest church in Georgia and 2nd biggest in eastern Europe holy Trinity Church.We visited the European square that has cable cars, boat rides and sulphur bath along with loads of eateries and history.We had some yummy lunch and enjoyed the place. 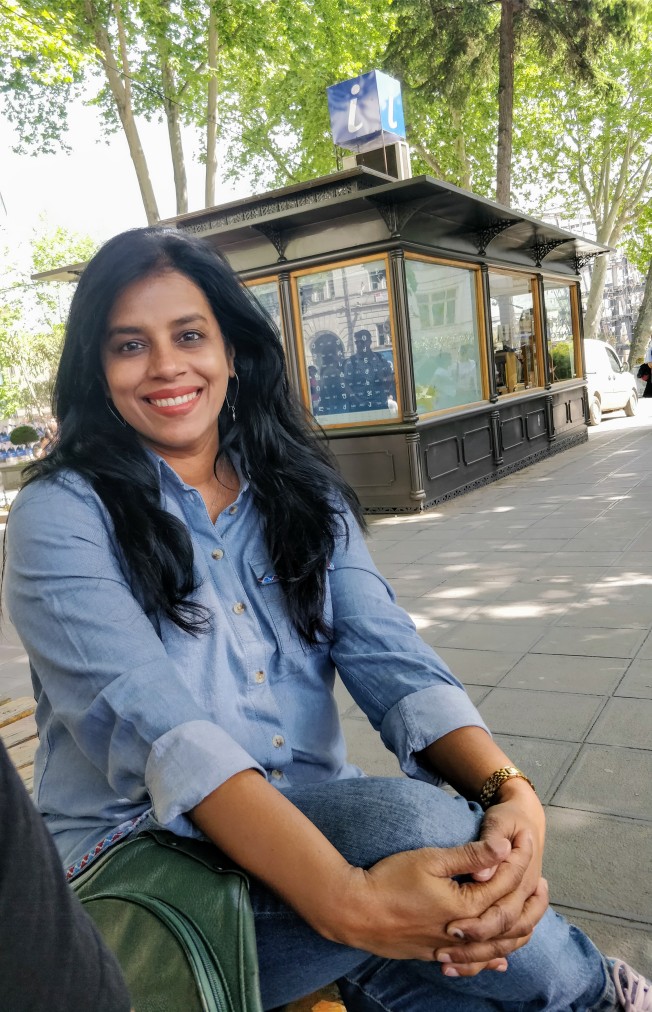 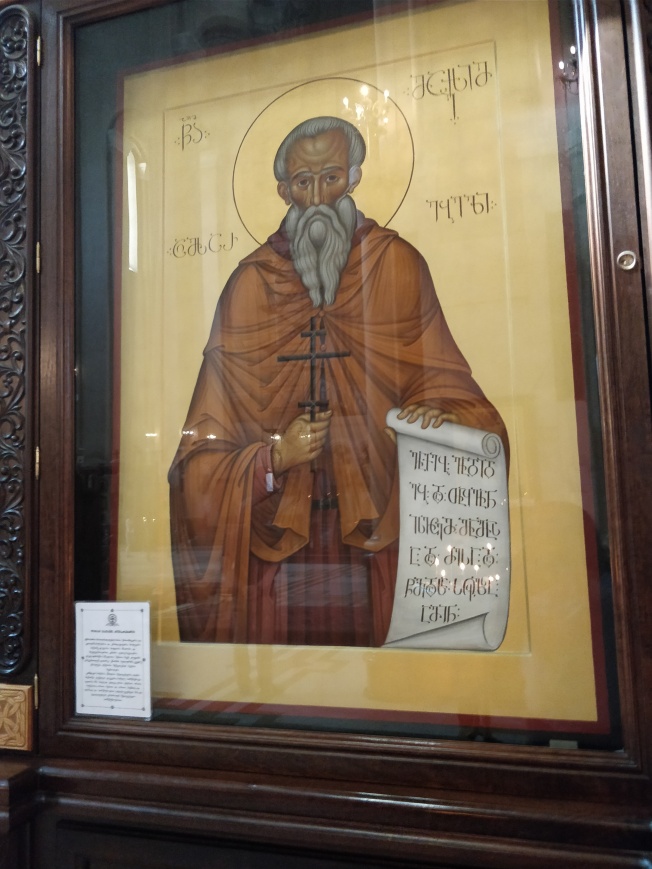 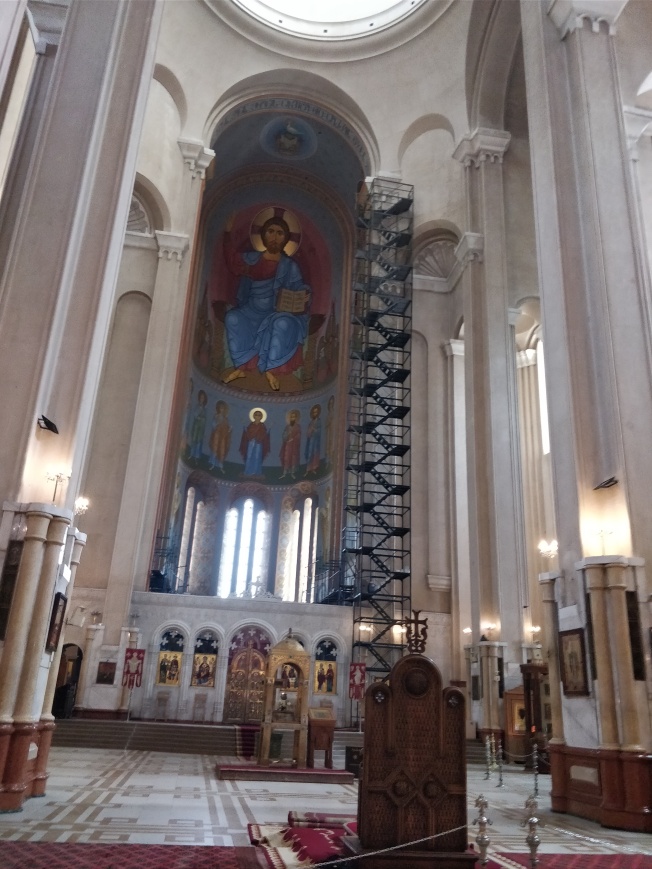 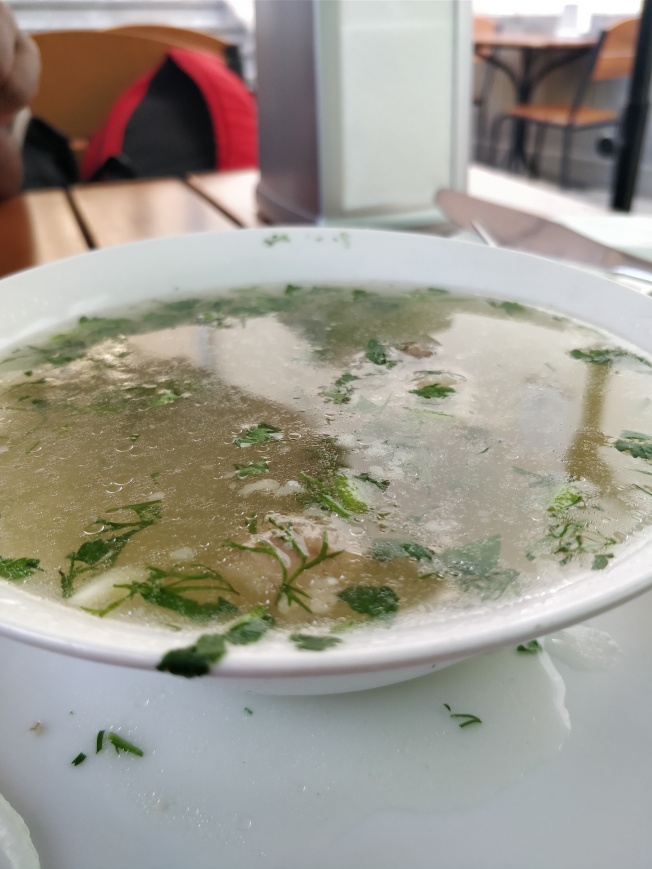 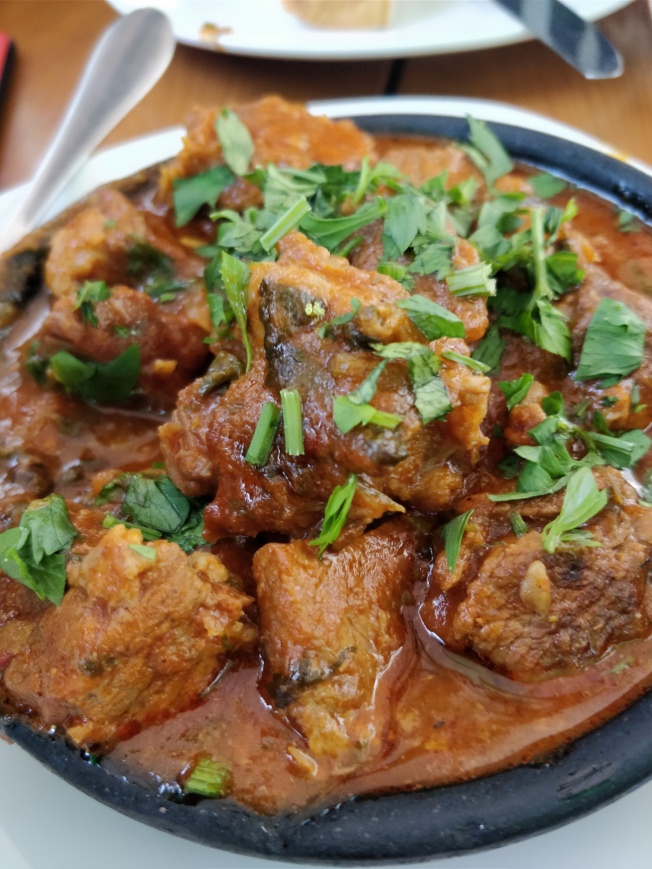 The evening was blocked for sulphur bath and night boat ride. I must say the sulphur bath was refreshing and it is advisable to book it in advance.The boat ride was fun with a complimentary wine that adds zing to the whole experience.

After 6 beautiful days in Georgia it was time to say bye bye.

1)Points to note when you plan a trip to Georgia:1) If you have a US visa you do not have to apply for a Georgian visa. (It could be any type of visa. We had a B1/B2 visa)

2) Cab’s are not very expensive in Georgia. A ride from airport to Tbilisi will not cost you more than 25 to 30 lari. Local city commute is around 5 to 7 lari. 1 lari is 25 rupees.

3) Local dishes are khinkali and kachapuri. You can find lot of Turkish food in Georgia too.

4) It is a very safe place. People are kind and willing to help.

5) Good time to travel may to October.

6) Best route to travel via Dubai. We travelled Emirates and fly Dubai.

7) Be good to people and respect law of land it always helps.

8)Make friends wherever you go. I did as usual.